WHY I ALWAYS VOTE FOR LIFE, NO MATTER WHAT 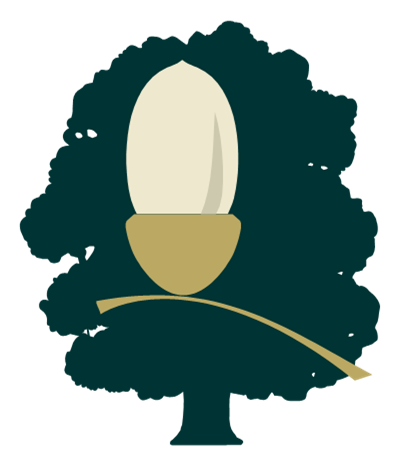 Simply put, because just about every excuse ever made for abortion is a lie. They often use a part of the truth, and sometimes even good people are deceived by them, I know. But that doesn’t make the lies less false; it only makes them more deceptive.

THE TRUTH: From conception onward, the baby is human. It has a complete set of human DNA; therefore it is human. It lives; thus it is a life. By what stretch of logic can someone say that an organism is human, and a life, but not a human life?

THE LIE: “My finger is alive, and human, but it’s not a human life. It’s just an appendage on a human body –– just like the fetus is merely a part of the woman’s body. And a woman should have the right to do what she wants with her own body.”

THE LIE: “The Bible teaches that human life begins when the breath of life first enters a child’s lungs.”

THE TRUTH: The Bible says nothing of the sort. Adam became a living soul when God breathed life into his body. Before that, he was not a human being at all because he was not alive. He was a lifeless lump of dirt. A fetus, on the other hand, is bursting with life. It “breathes,” not with its lungs but through the placenta; it “eats,” not with its mouth but (again) by receiving nutrients from its mother; and it grows, and it grows, and it grows. By all normal measures, it is definitely alive. God breathed the breath of life into the human race once for all time when He gave life to Adam. Since that time, every living human body has been a human life.

THE LIE: “The Bible really doesn’t have much to say about unborn life.”

THE TRUTH: It most certainly does! Whenever the Bible mentions unborn life, it treats that life as human in every way. For example, Psalm 139:13-16 says that God knew David before he was ever born. But also says much, much more. It says that David considered himself to have been a “self” even while the parts of his body were being formed in his mother’s womb, and that God was intimately interested in that fetal David’s development. Read it! You might also go to Exodus 21:22-25, where both mother and baby are given full protection and equal status under the ancient law of Moses. And don’t miss Luke 1:41-44, where a fetus who’s eventually to be known as John the Baptist, filled with the Holy Spirit, squirms in recognition of another fetus, who’ll eventually be called Jesus Christ. Incidentally, this event cannot have occurred more than just a couple of weeks after Jesus was conceived in Mary’s body. At that point, He really was just a blob of tissue; but He was also God incarnate as a human being. The Incarnation happened at conception.

THE LIE: “The right to choose is a crucial part of our American way.”

THE TRUTH: Sure it is: every person should be free to choose his own course in life. But when his choices deprive others of life, liberty, or property, his freedom ends. That’s why homicide, slavery, and theft are choices that have no place in American society. And abortion is homicide.

THE LIE: “Even when it was illegal, women still got abortions –– only in back alleys, with coathangers, at great risk. At least now it’s safe.”

THE LIE: “But at least it is safer these days. If women are going to do it anyway, why not at least make sure they can be as safe and comfortable as possible?”

THE TRUTH: Now there’s some interesting thinking. Let’s see how it works for other acts of violence. Try this: “Since men are going to rape women no matter what laws we pass, why not legalize rape and create ‘involuntary lovemaking parlors’ where the whole thing can happen in a clean, safe, comfortable environment?” Of course that’s wrong! There is no clean, safe, comfortable way to do violence to an innocent human being. Especially not to do the ultimate violence to the ultimate innocents.

THE LIE: “But abortion is an intensely private decision. The government has no place interfering.”

THE TRUTH: Perhaps another pertinent parallel will help. “If I beat my wife to death in the dairy section at the supermarket, that’s a public matter and there should be laws that apply; but if I do it in the privacy of my own home, then that’s none of anyone else’s business.” You know that’s nonsense! Because homicide is always a public matter, never a private. No “right to privacy,” real or imagined, could possibly outweigh the inalienable right to life.

THE LIE: “But so many women have already had abortions. To tell them that they have killed their own babies is cruel.”

THE TRUTH: I had a friend in college who had had an abortion in her teens. She had been scared, confused, uninformed, and pressured into it. Yet, like many women who have abortions, she thought often of the baby she had never known, and struggled with guilt constantly. She asked me what I thought, so I told her. I said she would never find freedom from the guilt until she faced up to her sin fully, confessed it to God as what it was, and sought His forgiveness on the basis of the shed blood of Jesus. To tell her anything else would have been to lie to her –– to hide from her, under the guise of “compassion,” the truth that could set her free. To shield a guilty conscience from the searching light of God’s truth is to doom that conscience to remain in its guilt. And that’s real cruelty. Love tells the truth.

THE LIE: “But there are so many other issues to consider when deciding on a candidate.”

THE TRUTH: Load up every other issue in American life on one end of the balance, and place human life issues like abortion at the other end, and the scales tip decisively toward life. No other issues are so sodden with innocent blood. Nothing else matters a fraction as much.

POSTED TWENTY-FIVE YEARS AFTER IT WAS WRITTEN, IN HONOR OF THE RECENT LEAK OF THE SUPREME COURT OPINION. I REALLY CAN’T SEE THAT MUCH HAS CHANGED OVER THE LAST QUARTER-CENTURY. I PAUSE OFTEN TO CONTEMPLATE THE REALITY THAT, IF I HAD BEEN CONCEIVED IN 1974 RATHER THAN 1964, I PROBABLY WOULDN’T BE HERE TODAY.