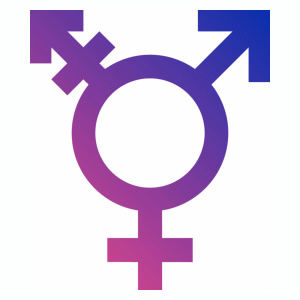 Those of us who grew up with old-fashioned ideas about sexual behavior and misbehavior often feel like we have fallen down Alice’s rabbit hole. What was widely considered immoral when we were younger is now often considered perfectly acceptable. What is more – and what many church folks don’t even quite realize yet – many contemporary thinkers consider classic Christian sexual morality to be far worse than just outdated. For them, our moral convictions are oppressive, immoral, and dangerous. Immoral? Yes, immoral: harmful to people. (More later on that definition.)

I’m writing this for the members of Dundalk’s First Baptist Church because you have told me of conversations with and concerns for your children, grandchildren, neighbors, and friends. What I aim to do in this little paper is reaffirm the classic Christian position, show you that nature itself affirms it, and suggest that, far from being harmful or limiting to human blessing, the Bible’s teaching is actually meant for our good. So here we go.

Christian sexual morality is revealed by God in the Old Testament, and restated by Jesus and his apostles repeatedly in the New Testament. Here it is: moral sex is married sex. Here, Jesus’ definition of marriage holds: one man joined to one woman as one flesh (a marriage) for life. Within marriage, sex is to happen freely, lovingly, passionately, and often. Outside of marriage, as Jesus sees it, sex should happen not at all, not even in the mind.  Yes, there are questions and complications and considerations galore (divorce, LGBT, etc.), but the basics are really pretty simple. I have read and heard hundreds of objections, arguments, pleas, and demands for changes or exceptions over the years, but none convincing. The reason this stone wall has not moved is that Jesus himself, our loving Lord, is the source of Christianity’s most extreme, seemingly unlivable tenets. More on that later.

Nature’s plan for the survival of the human race is also simple: one man united with one woman as one flesh (a baby). Grandpa called those “the facts of life.” In middle school they called it “biology.”  No quantity of hormones, surgeries, or tears can change this reality. Science fiction writers have imagined a world where sexual reproduction is no longer a thing, but such a world is nowhere in the realistically foreseeable future. As well, repeated sociological and statistical studies have demonstrated that there is just one family structure that is demonstrably better for kids: other things being equal, growing up in the care of their married biological mother and father tends to be better for children. Nature seems to agree with Scripture here.

Now then. Both the Creator and his creation seem to be pretty harsh and inflexible on this. So many people have so many reasons to want God and his world to back off, calm down, and let people just express themselves. People should be free to be who they are and love who they love, we say. How could a loving Father or a gentle Savior be so hard, so cruel?

Here, as everywhere else in his Word, God calls us believe that his thoughts and ways are higher,  wiser, and better than ours – no matter how impossible that may seem, and no matter how far short we may fall. In part 2 of this paper, I’ll try to suggest some ways to do just that. For now, consider this example: a person who has only ever found any satisfaction or relief from the hurts and griefs of life by telling everybody everything he feels as loudly and brutally as possible. Some experts have claimed this is the only healthy, honest option; many others would say such behavior is abusive and self-destructive. What does God say? And how does that relate to Christian sexual morality? Let’s talk about that.

Come back in a week for Part 2.